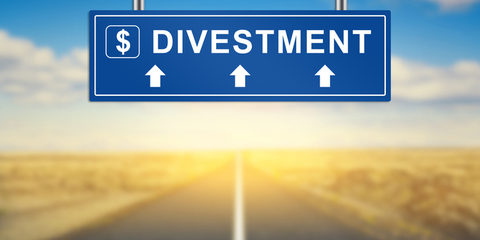 MY THOUGHTS ON NDA 2.0 DIVESTMENT AGENDA

Why Government should not be in business of doing business ?

Government has far higher spending power than private companies. So, government should really focus on investing and creation of large long term assets and then sell them to private companies. Use money for again creating fresh new assets. This way, government will create jobs, infrastructure and much higher economic growth. That’s why, government should not focus its energy, money, management bandwidth in running sub-par businesses or existing assets. Instead government should offload them to private companies, get money and use it to create new world class assets. We should keep Maharatnas but should seriously think about exiting business ownership in sub size business assets. I have listed below few of my thoughts on divestments of assets which in my calculation can bring in Rs 2-5 lakh cr of quick money for investing back into economy. Range is wide depending govt. will divest mining assets or not. This money can be put in NIIF which NIIF can leverage through debt further and can increase investible fund to Rs 10-15 lakh cr. This much of funds if comes back to economy can lift the entire capex cycle for India. Also, remember, sale should be 100% and not piecemeal approach because then you don’t get the best price for your asset. Objective is to get highest price and invest it back into economy. Sale process should not happen through envelope bid process but it should happen through auction process on website.

Government needs to import fuel to run airline. It does not have any competitive advantage. Aviation business is not fulfilling any social subsidy need. Why government needs to fly planes and fund its losses when it needs to invest in creating aviation infrastructure ?  Government should include the debt with fleet but separate the remaining debt into a SPV, offer 100% stake sale, that will provide a clean investment to investors, and they will obviously bid far higher for the running asset. Use the money to settle the SPV debt, if anything pending, banks will take a write down. Eventually, 5000 cr annual loss is saved. In 5 years, this implies Rs 25000 cr and imagine, how much new assets we can create with this money. Create a very favourable MRO (maintenance, repair) policy and invest the cash savings from Air India in creating a world class large MRO facility which planes of India and surrounding countries can use for getting maintenance. Offload it to private company after construction and this will keep on getting us foreign earnings and reduce cost for Indian companies also. MRO facility will be a permanent job creator and is better than owning an airline.

Recently, I interviewed Mr. AM Naik of L&T. He said that he doesn’t think BHEL asset quality is that attractive now that he won’t like to bid and own it. Financially, results have been showing dismal margins, low execution pace of orders. It generated Rs 1200 cr of profits last year. So, we can imagine how much dividend can come and instead of owning, if we sell and invest 24-25000 cr of money, we can create far higher jobs and assets. In 1970’s India needed a PSU company but now we have world class companies like L&T which can fulfill any requirement. BHEL is a big laggard compared to private players and government can use it to increase competition by selling it off to private companies. Private players will do timely technology upgrade investment.

This is no secret that HAL has mastered in delayed order executions. HAL does not have cutting edge patents for fighter planes or defence production. It is not the Lockheed or Boeing. PSU culture doesn’t infuse robust movement on technological upgrades and pressure to hit targets before timelines. HAL is important for meeting defence requirement and that’s why Government should think about bringing in private company into it. India needs DRDO for research, patent, defence technologies and not HAL as manufacturer. We can control and own patents and contract any manufacturer for that. So, why own a manufacturer. Government should invest in DRDO for new patents and research projects, give them more super computers, deploy more talent across IITs, but get private players to manufacture it faster for defence forces.

Size of company is 0.15% of FY20 budget spend alone. Government doesn’t need to own small-small manufacturing setups. When we need to invest in metros, rail technologies, tracks then at this time, it does not make sense for us to engage our bandwidth in running companies.

Why government needs to be in a tobacco business ? Sell it to some Indian investor.

Owns only 29.5% stake, already government earns through dividend distribution and income tax along with royalty. With no control, why government needs to own this entity. Give first right of refusal to Vedanta as they can match any other bid from other investor. They already own remaining stake in asset.

Why government needs to run a steel company? Basic principle is same, once you have created a long term steel asset, you don’t need to be in it, sell it, get money and invest in creating a new asset.

Sail is perhaps the most underperforming large steel company in India. Private companies are capable enough today to take over public steel company and raise its efficiency. This country needs lot of jobs and that needs lot of assets. If government sells Sail, it can easily fetch from Rs 30000 to Rs 60000 cr as company also has about Rs 40000 cr of debt on its balance sheet. Amount of Rs 30-60000 cr can be used to fund infrastructure in this country.

Australia resource industry added more than $248bn revenues in 2018. Excluding Energy, mining alone added more than $100bn revenues. We should recognise that we are far behind in the usage of resources in our country. This is despite possessing huge mining and energy reserves in onshore and offshore. Government should really focus into two areas, one is invest into creating world class battery of geologists and along with them create favourable national ocean, coastal, land exploration and mining rules and regulations. Place levies in such a manner that it creates a favourable exploration and mining environment. Across the world, mining and energy are huge job creators. In the last 3-4 years, energy sector reforms have helped in bringing many new private companies. We should now open up mining sector completely. Therefore, government should really think that what is the competitive advantage of owning mining sector companies? Government already earns through dividend distribution tax, income tax, royalties and levies. Choice is clear, Coal we can control for keeping tab on power cost. But other companies, what is the competitive advantage of owning them ? Sell off all mining companies and allow private companies to really take off the production and exploration volumes. Recall,how Vedanta turned around Hindustan Zinc and today Hindustan Zinc market cap is equal to all other listed government mining companies except Coal India. That’s why, it is important as a nation, that we recognise where private sector can make the best utilisation of asset and how we can create more jobs for our people. Except Coal India, If government decides to sell all then it could easily amount to Rs 2-3 lakh cr or more reciepts. Divestment does one good, that private companies will be extremely hungry for growth and it will take care of itself about the big capex cycle in mining and job creation.

Second choice if government doesn’t want to sell then is to merge mining companies as one entity.  Iron ore prices are at multi year high but aluminium near multi year low. So, why keep NALCO and NMDC separate. Merge all government owned mining companies into one single entity with strong diversified cash flow of more than Rs 25-30000 cr post tax annual profit. Then open the entire mining sector into full blown competition of private vs public companies. Government can make a rule that 51% Indian stake is compulsory in all Indian mining and energy companies so that Indians gain from this. Also, government policy focus should be to ask mining companies to explore and increasing mining volumes vs taking dividends from these companies.If mining companies invest Rs 25000 cr then in 5 years we would have invested Rs 1.25 lakh cr into new mines. Just imagine how much new jobs we would have created. There are ample of iron ore, aluminium, copper mines in this country. Government should really focus on boosting activity levels now.

Coal India and its subsidiaries

Merge BSNL, MTNL, ITI. It will still struggle but atleast it will have a fighting chance to survive.

What is the sense in doing separate IPO ? Have a diversified consulting vertical which can cater to all PSU companies.

Instead of government selling its stake, its better government should ask PSU Banks to do large scale fund raising which can improve capital adequacy and also flood them with large cash for credit operations. Large fund raising will reduce govt. stake automatically.

Get all of them on same IT platform and this will ensure robust risk compliance and linkage to credit bureau for all. Good risk compliance and similar IT platform will increase confidence of market and increase market cap of the stocks. Same web interface, same IT platform will also ensure ease of use for millions of Indians in these PSU banks and will also ensure better government outreach to citizens through them. Apart from SBI, rest all PSU Banks should be asked to offer both SBI life or LIC at their branches. This way, they don’t burn cash unnecessarily in unneeded diversification. If promoter is same, why you need to waste money like this. Will HDFC allow its subsidiaries to own different insurance, different mutual fund companies. No, ofcourse. Similarly, whats the need for PSU Banks to have different setups for insurance, mutual funds, wealth management. Have a common platform for everybody and tap the large customer base.

Merge NHPC and SJVN with NTPC

Merge all fertilizer companies into one company

Why do you need so many small size fertilizer companies?

National Seeds Corporation, RCF, NFL, Chambal Fertilizer, STC. India should have one strong company which can import fertilizers and chemicals and can also be a domestic fertilizer and chemical power house.

Merge all ports into one company

When promoter is same, why there should not a strategic body governing all government owned ports. Merge all of them and list the asset on stock exchanges. This way, government can decide which ports needs which category terminal expansion. Some you will need coal terminal, somewhere, LNG terminal, somewhere, large good terminal expansion requirement. This will judiciously use precious government resources. Raise money through ECB, govt. guarantee backed long term infra loans and increase the size of ports  massively by 3-5x. We should try to capture Asian trade market share through ports.